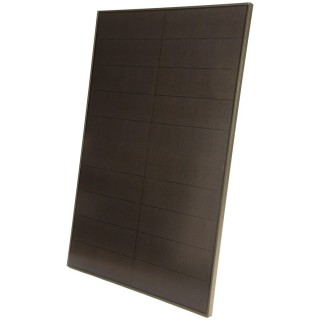 Price: $305.00
Qty: Add to Cart
Save even more with pallet pricing.
Need less than 6 panels? Contact us for a price.

Have a Question About This Product?

Developed in California, Solaria’s patented cell cutting and module assembly takes processed solar wafers and turns them into PowerXT solar modules. The process starts by creating a highly reliable PowerXT cell where busbars and ribbon interconnections are eliminated. Solaria then packages the cells into the PowerXT solar module, reducing inactive space between the cells. All of the above leads to an exceptionally efficient solar module produced in a cost effective manner.

Sub-strings are interconnected in parallel, within each of the four module quadrants, which dramatically lowers the shading losses and boosts energy yield.

Established in 2000, The Solaria Corporation has created one of the industry’s most respected IP portfolios, with over 100 patents encompassing materials, processes, applications, products, manufacturing automation and equipment. Headquartered in Fremont, California, Solaria has developed a technology platform that unlocks the potential of solar energy allowing it to be ubiquitous and universally accessed.